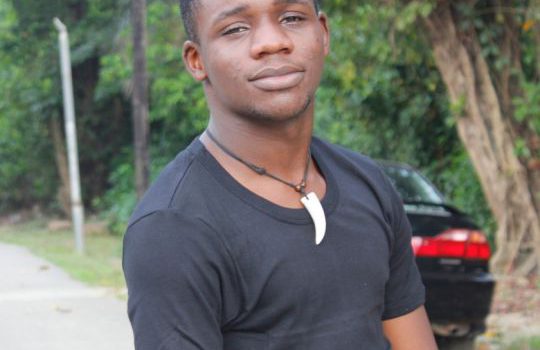 Oladapo Gbadamosi popularly known as BabaFaleela or OG…wey no be ordinary person is a performer extraordinaire and a photographer. He started officially in the movie/stage game in 2013 and has continued to be a driving force to be reckoned with over the years. He has performed in several stage plays which includes; A Slice of Good things for Lagos Theatre Festival 2017, Punctuation for Lagos Live festival 2016, Jungle Justice for Eko Theatre festival 2016, Alejo for Eko Akete 2015, among others. He also directed The Marriage of Anansewa, featured in music videos and soap operas such as Tales of Eve And got nominated at Escape Awards as Actor of the year 2017. He has worked with notable actors and directors like Tosin Oshinaike, Tunji Sotimirin, Joshua Alabi, Kenneth Uphopho, Abiodun Kassim, and he directed Arugba Osun and Tears for Nigeria. He strives to be noticed for his work and always leave a trademark on every stage and in the heart of his audience making them want more. He owns a photography company OG Worldwide.

This site uses Akismet to reduce spam. Learn how your comment data is processed.