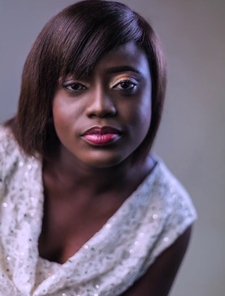 A Television/Film writer, producer and director. She started her career as a teen actress, playwright and years later served as a content Director on MTN project fame West Africa for 7 seasons. Her television credit includes, Ebony Life Encounters, DSTV Flat mate, and a host of others.  Adeola directed documentaries such as Passion for Africa and The Woman with the Magic Hands.